Medical and psychological crisis unit: faced with the difficulty of consulting in an office and the emergence of moral suffering linked to confinement, in this period of the covid-19 epidemic, we are announcing the possibility of carrying out consultations at any time of the week; to make an appointment, contact Dr AIT M’HAMMED Moloud on the email kmforma.ma@gmail.com

The useful councils to fight against anxiety 4/4 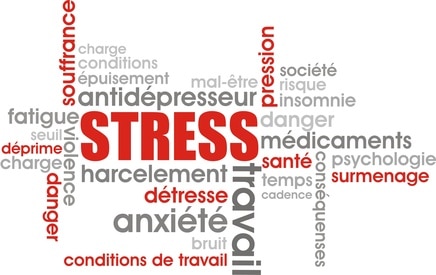 You can listen the courses:

10th means: Whatever the tests which it undergoes, the servant moderates them by estimating that the worst was avoided, he then prepares to accept them, calms down in that and seeks to divert his attention of those.

The shaykh exposes a means suitable for patience and its concretization. The life is thus made by multitudes of calamities and difficulties, but since the Muslim knows that this life of here below is the residence of the tests and a transitory residence; then he undergoes its torments, and after having requested the assistance of Allah and to be himself taken refuge in the prayer:

“Seek reinforcement in patience and the prayer. Allah is with patients” S2V153

After that, he resorts to the means which will enable him to reduce these tests or to divert his attention of it.

If he suffers from poverty, he searches a licit work of which he perceives licit wages, and he transposes his energy and his attention in this activity. He waits then until he obtains what he wishes by the permission of Allah.

If he suffers from a disease, he puts his energy and his attention to seek a remedy in what Allah allowed, while deviating from the prohibited substances.

Overlook these various tests, the servant thus seeks to resort to all the licit means allowing him to divert his attention of those, like the investment in the training of a useful science, the search for a source of subsistence, or by occupying his spirit by the mention of Allah and the reading of the Quran, by attending the good assizes which will help him to endure… do not forget that this life is only momentary and that, early or late, we will have to leave it. In addition:

Whoever is aware of that, Allah will be enough for him and He will help him by granting patience to him. As for this last, he will beseech the good near Him, will request His assistance, while hoping for the reward of Allah and by knowing that this one is worthy of the test which he undergoes as we informed of it the Prophet (prayers and greetings of Allah on him).

11th means: To fight firmly against the illusions and imaginations which reach our heart and which contribute to the development of harmful thoughts in our spirit.

It is question of certain frights which touch the individual and which cause in him various evils of a psychological nature being able to involve a moral collapse.

Thus, the individual is sometimes disturbed and affected so much so that comes to him to mind the illusion to be sick whereas he is not, or although he is persecuted by an enemy or victim of a disaster whereas this is only the fruit of his imagination. While acting of the kind, the individual comes from there to believe that these hallucinations are real, but he can also sink in the madness and cause sometimes even his dead.

The treatment consists in trusting Allah, with a heart filled of certainty and good opinion in His connection in any circumstance, to invest himself energizing to obey His orders, to work by what He approved and not to follow blowing nor the illusions which reach him.

A man was reached by such delirious ideas at the point to believe that he was sick, but he was sane. Indeed, his doctor went in the direction of this illusion affirming to him that the evil was at such place. After having carried out a cauterization there, the patient felt better.

These evils are part of the worst things which reach the individual because they cause his mislaying, this one not knowing more towards which to move, sometimes worms of the doctors, sometimes worms of the charlatans or the wizards. It acts of what is, usually, called schizophrenia. It then does not reason any more with the reason that Allah gave him, but it reasons with these hallucinations and these be delirious. The more the individual will adhere to these delirious ideas and the more his state worsened. This is similar to the fear which the djins inspire to certain people:

“There were men who sought protection near the males among the djinns, and they made only increase their distress” S72V6

The djinns benefitted from this illusory fear which they caused at certain people to frighten them more. While if these last had moved towards Allah, while resting on Him only, they would have acquired various goods and cure of these types of diseases and these blowing.

It thus falls to the Muslim, when he is in the grip of such hallucinations, to rely on Allah, to look after himself by the return towards Allah, to multiply His evocation and to divert its attention of these things which occupy its spirit and carry to him reached.

12th means: To place confidence on Allah fully. When the heart rely on Allah, he relies on Him and he is not subjected to the hallucinations and is not directed by the illusions, and that he is trustful towards Allah by coveting His graces, then the anguishes and the concerns are dissipated, and he is saved of a good amount of organic and psychological diseases.

“Whoever places its confidence as Allah, It is enough for him” S12V3

We note nowadays that the hospitals are filled people reached with diseases known as psychological, and we note also the significant number of psychiatric private clinics which came out. Many families were disturbed by such individuals who, because of their hallucinations, still cause other evils.

This is due, firstly, with the weakness of the faith.

Secondly, with the tender with satanic blowing.

Thirdly, well aware of not occupying itself of what is advantageous for us but, on the contrary, to subject itself to these hallucinations.

Fourthly, with the recourse exaggerated to the doctors and in particular those which are baited to affirm that certain people are sick whereas they are not.

For these reasons, the private clinics overflow of patients. But if they placed their confidence as Allah, that they only rested on Him and were only directed towards Him, then their heart would be reinforced, their state would improve and they would escape the tender with the hallucinations.

In a proverb, it is known as: “Tighten your hand, a hundred doctors will come to you”. That means that certain doctors, rather than to prove people the improbability of their diseases, they increase these illusions more and maintain these hallucinations, although they are as incredible as the dreams of a child as one however manages to reassure more easily. This is explained, amongst other things, by the weakness of the faith but also the weakness of the reason which is subjected to these hallucinations. To cure it, like the author specifies it, it is necessary to rely on Allah and to be invested in obedience with His orders and the distance with respect to His prohibitions. Allah said:

“Whoever fears Allah, He will grant a favorable exit to him as his subsistence of where he does not expected it. Whoever places its confidence on Allah, He is enough for him” S12V2-3

The verses on this subject are numerous. The Prophet (prayers and greetings of Allah on him) also said:

“If you place your confidence on Allah fully, He would provide for your needs as He does with the bird which flies away famished and returns satisfied. ” As-Sahiha (n°310)

Ô my brothers, if you visit some private clinics, you would see surprising things there, like the fact of seeing gifted individuals of intelligence and of reason and who are in the grip of such hallucinations because of the weakness of their faith and of the weakness of the confidence which they carry on Allah. Sometimes also because of prohibited business in which they ventured and which caused this state. We take again the supplication of the sheikh, by calling upon Allah that He grants us a full confidence in Him, that He reinforces our faith and that He draws aside from us these illusions and these hallucinations.

I hope that these some articles will be able to bring keys in order to solve certain sources of anguish and anxiety.May Allah ta’ âla approve this short contribution because He is Audient, the Omniscient.

Number of items in cart: 0